In a sea of bright lights, shining stars past heroes, and up-and-coming Legends one match stood atop WWE’s Super Bowl, WrestleMania. Sami Zayn vs the “King of Strong Style” Shinsuke Nakamura!

WrestleMania has grown into a four-day megahouse event filled weekend with a Hall of Fame honors, a fans access event where the fans get to meet all of their favorite wrestlers, a full-fledged pay-per-view NXT Takeover, and the R.A.M.(Raw After Mania). Undoubtedly the best Wrestlemania I can remember in damn near a decade. With so many ups and downs, disappointments, and miss cues. I finally felt WWE was heading in the right direction. With so many of my favorite independent stars: Nakumura, Joe, Finn, Austin, and Asuka now under one house; how could I, scratch that, how could anybody truly complain. Well I guess you always have the haters, but besides that right now NXT is the HOTTEST product in wrestling entertaiment. NXT takeover is meant to kick off the whole shebang, but it easily stole the whole show. And by the whole show I mean the entire Wrestlemania shebang bang. Every match met expectations and then some. Both the mens and womens title matches will go down in NXT history, but pale in comparison to the hype consuming globally anticipated monster matchup of the heart and soul of NXT Sami Zayn vs one of the best if not the best wrestler in the world Nakamura.

The match was graced by the presence of WWE Legends Scott hall, X PAC , and good old Jim Ross. We were also privileged the appearance of a few unsigned international talents Kota Ibushi and Bobby Roode.

Both men are stars in their own right; but this night, wait this weekend, no this moment in time belonged to the former NXT champion and the former NJPW champion.

The match was the merging of two worlds; a blue thunder bomb could be heard over good vibrations and the crowd loved every minute of it. Nakamura’s hard-hitting style was not lost in his transfer to the states. This is often the case with most great independent stars; being dissected, retooled, and reassembled into unrecognizable masses of the former character that ultimately got them the call up. Sami’s world-class talents were also on display which helped boost the match into the stratosphere. Back-and-forth back-and-forth the two-man traded off signature moves fueling the crowds energy. 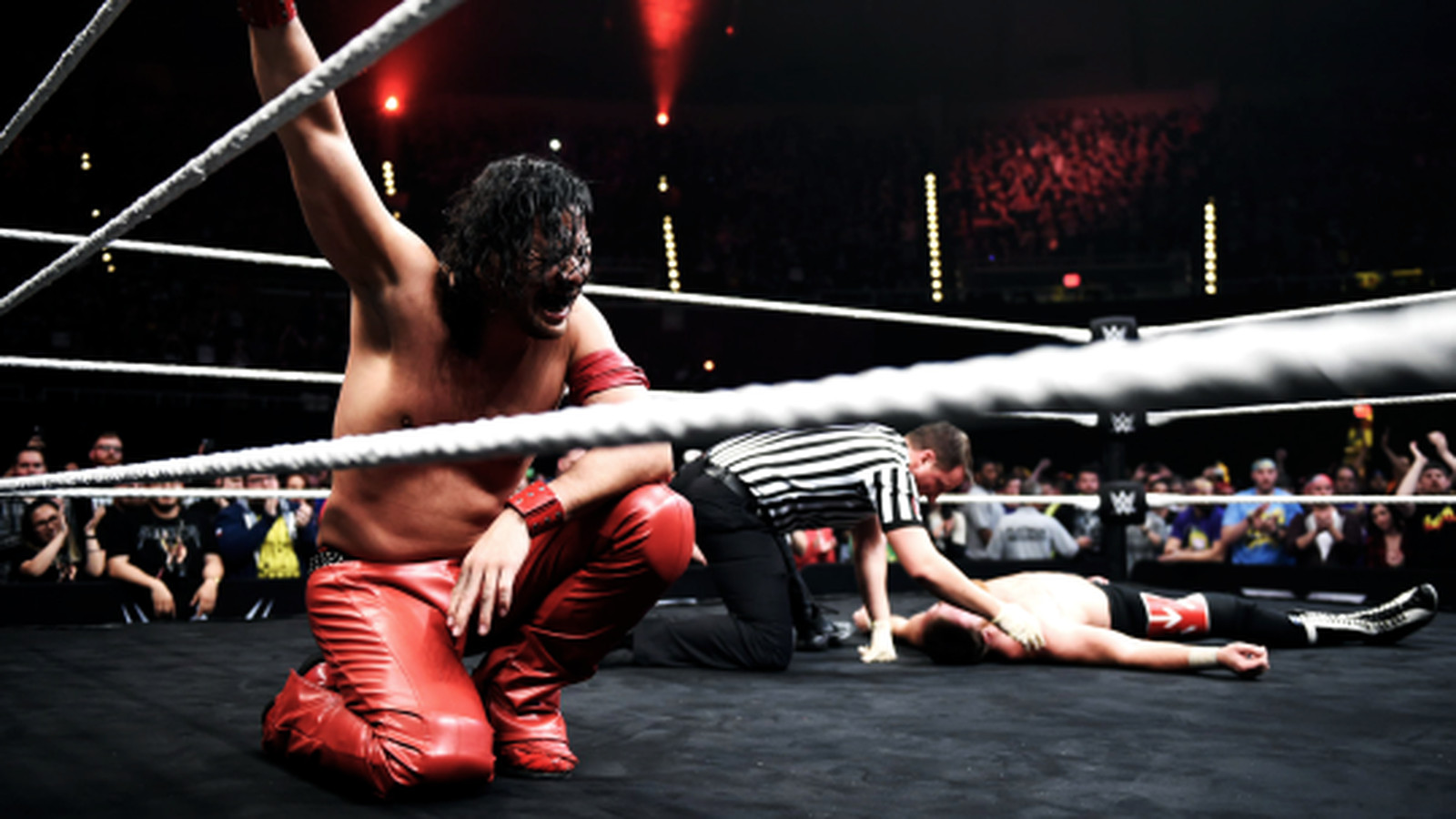 to won the match sending Sami off to his main roster match at WrestleMania. I’ve preached the gospel of Nakamura for over two years now and he did not disappoint; proving to all my friends and all the naysayers why great wrestling transcends beyond language barriers and cultural differences. The last time I enjoyed wrestling this much was the attitude era. Oh and before I go shout out to the NEW DAY, ENZO and Big Cass

for having the biggest pops outside of Nakamura and Zayn; and opening the door for more people to be themselves in the industry. Like always leave your comments below and let me know your thoughts and feelings. Until next How you Doin, New Day Rocks, and YEAOH!!!